A lot of you all must be a tea lover. Tea is an aromatic and refreshing beverage for many of us. It refreshes our mind with its hotness and gives us more energy to do the work. It is prepared by pouring hot or boiling water over cured or fresh leaves of Camellia sinensis. As there are people with different tastes regarding tea, various types of tea are made available in the world by various companies. And one of them about which we are going to see is Kung fu Tea. 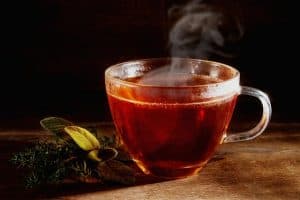 Kung fu tea is an American made-to-order beverage company. It is a high-quality bubble tea brought to America by Allen.  Their business is spreading across 200 locations in the US and several in Australia, Canada, and Vietnam. It is a Taiwanese drink that was invented in the 1980s. The tea is mixed with fruits or milk and topped off with chewy tapioca pearls. It is specially handcrafted tea. To know about the health and nutrition of kung fu tea, give it a read.

A little bit of historical background

Nutrition is the most important thing that everyone looks for in their eating item. Most of the tea does not contain a significant amount of nutrients but is rich in polyphenols. Here are given some tea and the nutrition they contain.

Plain Black Tea contains some nutrition. Such as, Plain black tea highly contains antioxidants which are known as polyphenols. In low quantity, it contains sodium, proteins, and carbohydrates. It has some health benefits, so it can be consumed by people who have risks of stroke as it helps in reducing the risk of stroke. People who have cardiovascular problems also can consume this tea, as it prevents abnormal cardiovascular conditions.

Green tea highly contains a group of chemicals which is called Catechin Polyphenols. These Catechin Polyphenols include Catechin, Epicatechin, Epicatechin Gallate (ECG), Epigallocatechin Gallate (EGCG). It also contains Proanthocyanidins. It also contains some vitamins which are good health and especially for your skin. Vitamin A, vitamin B1, vitamin B2, vitamin B3,  vitamin C, and vitamin E are the vitamins that are found in green tea.

Oolong tea is really good for health, especially for people who have heart diseases. The Health benefits of oolong tea include the reduction of chronic health conditions. Such as heart diseases, inflammatory disorders, and also high cholesterol levels. It provides vital antioxidants. It promotes superior bone structure, robust skin. And also, it provides you with good dental health.

Calories in a tea

If you want to lose some weight, then anybody would advise you to limit your calories. The calories we intake from the tea actually increase with the increased amount of sugar and milk. 1 cup of tea with 30ml of milk and 2 tablespoons of sugar contains about 34 calories. So, in order to be healthy, one should control their calories or should say lower them.

The kung fu tea specifically has a milk tea of about 16 oz contains 400 calories. It has 56 grams of carbs and 11 g of fats. It also contains 9g of proteins.

It contains 9 g of proteins.

It contains 60 calories. It has 20 grams of Carbs.

It has 0 grams of fat and proteins.

It has 0g fat and protein each.

Kung fu tea serves winter melon tea to their customers. It contains 38 calories in 16 oz tea and does not contain any carbs,  fats, or proteins.

It contains a 30 per cent of sugar level. 1 medium drink of oolong tea contains 47 calories. It also has 12g of carbs.

The growing popularity of Kung fu tea is the result of their unchanged recipe. But we should care about our health first. What is important for you that matters. People all around the world look for nutrition and calories and many more things just for their health. Above, we have given you all the information regarding the nutrition the tea contains and also the calories. Now it up to you which nutritious item you prefer. We hope it would help you.