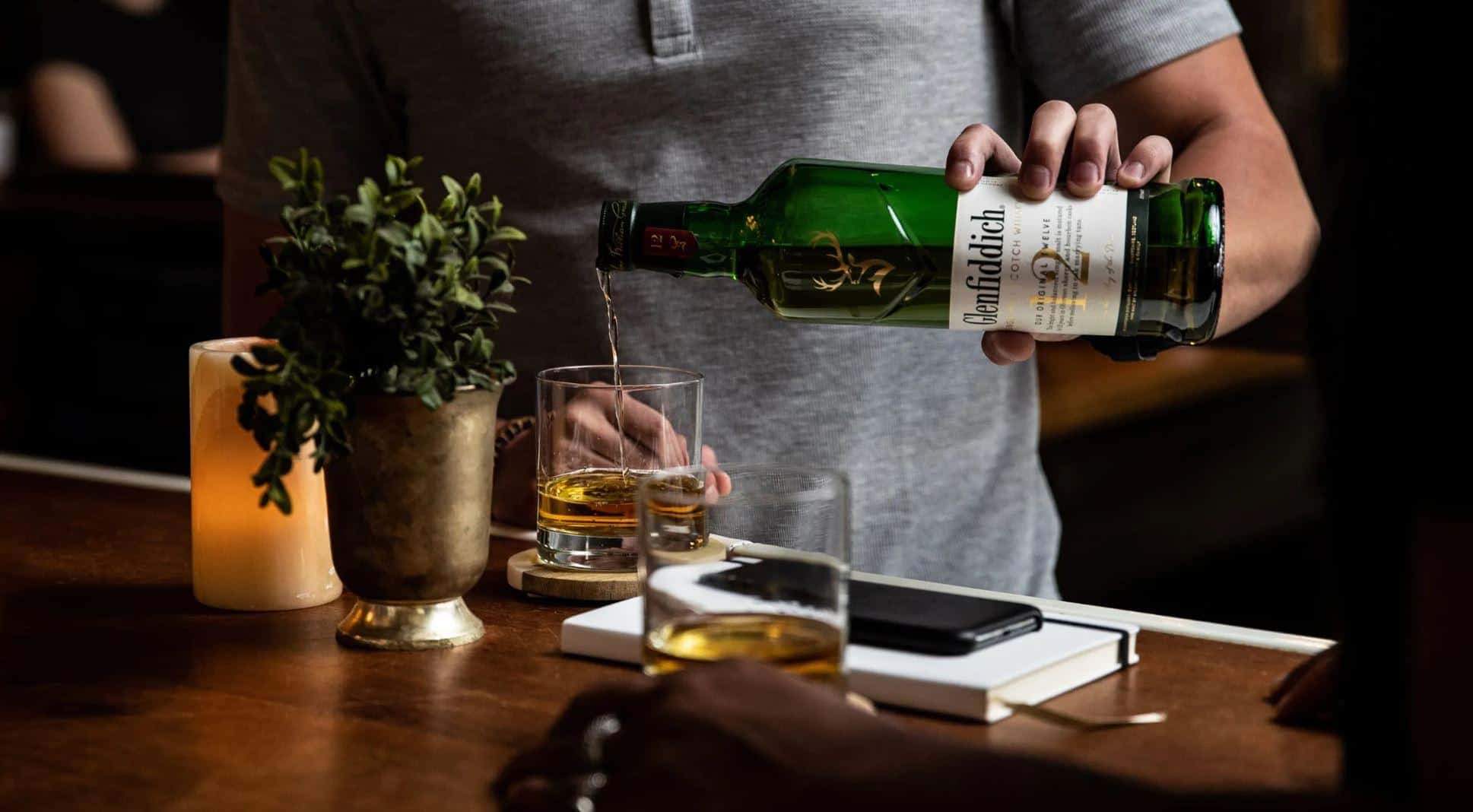 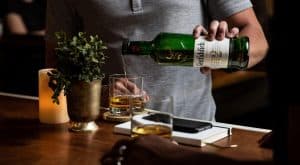 Cinema uses whisky in scenes to represent moments of elegance, moments of importance, to celebrate its style and to make fun of its snobbery. From Bond to Basterds and American Pie to Anchorman, whisky has a long lineage of features in history’s classic films.

With this in mind, we thought we would share our favourite movie scenes that proudly show off a healthy drop o’ the pure, so grab a glass of Glenfiddich 12 and settle in for one of these legendary films that feature whisky:

Tarantino’s wild alternative history is a contemporary classic; a film full of the banter, blood and brutality that make Tarantino films so enjoyable. Whether it is Brad Pitt as ruthless mountain man Lieutenant Aldo “The Apache” Raine, Mélanie Laurent as the the formidable Shosana Dreyfus or, of course, Christoph Waltz and his conniving SS officer Hans Landa, Inglorious Basterds is an exhilarating throwback to the WWII movies of the 60s and 70s.

It also features an unforgettable scene with Scotch, wherein Michael Fassbender’s Lieutenant Archie Hicox, upon realising he is sipping his last, declares that there is a “special rung in hell for people who waste good Scotch” before sipping his very last.

How could you not love Lost in Translation, Sofia Coppola’s oddball near-romance about two mismatched people sharing a common sense of displacement in Tokyo?

Bill Murray does a wonderful job playing who we believe is just Bill Murray, an over-it actor brought out to Japan to promote Suntory whisky, and the ever-enchanting Scarlett Johansson, the bored partner of a celebrity photographer who just doesn’t care that she is suffering from some serious ennui.

Naturally, the two cross paths, commencing a friendship that perhaps could only really be forged out of their own personal detachment. Murray’s Bob Harris is regularly returned to whisky engagements, with the line, “for relaxing times, make it Suntory time” now etched into cinema quote history.

The Shining has captivated, entransed and terrified audiences for over 40 years, with legendary director Stanley Kubrick using every trick in his endless repertoire to make The Shining film’s answer to Ulysses, that being a work that contains so many riddles that it keeps academics and filmgoers alike endlessly arguing over its supposed meaning.

The scenes with Jack Nicholson’s Jack Torrance going to the hotel bar are some of the most mesmerising in the whole film, as they add further depth to a character that is slowly losing his mind at a snowed-in lodge.

In one of such scenes, he requests a bottle of bourbon, only to be given a bottle of  other alcohol, bottle of Jack Daniel’s, a Tennessee whisky. What’s funny about this, however, is that Nicholson’s character’s name is Jack and his son’s name is Danny – just another cheeky egg to be found in a film of endless tricks and turns.

I haven’t seen The Day After Tomorrow in a very long time, and now essentially view it as one of the first in a long line of big-budget apocalyptic films with the likes of I Am Legend and 2012 – these are films I don’t really get around.

But I do remember the fantastic scene in The Day After Tomorrow when the three scientists realise they’re running out of fuel. One of the men suggests burning it to warm the research station, only to be shut down by their older colleague, who calls him mad for suggesting they waste 12 year old Scotch – that’d warm them regardless…